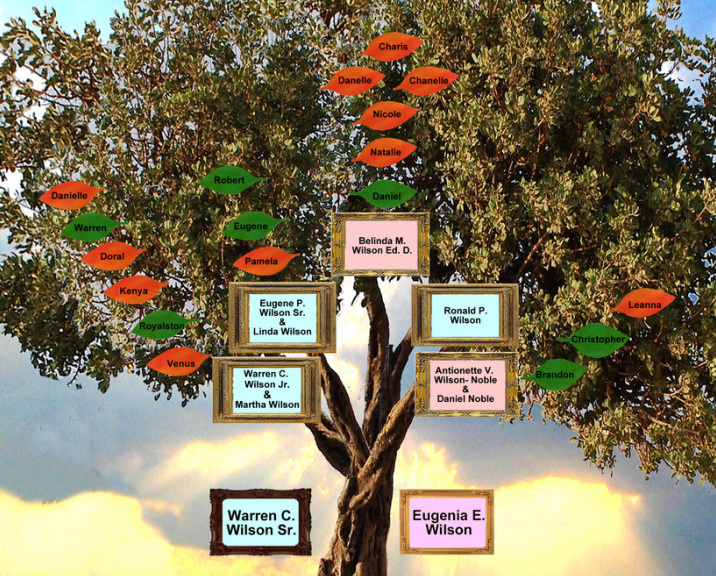 The Wilson Family is a Christian family who was guided by saved parents who TOOK their children to church every Sunday. Warren, a faithful man to his wife and family along with his wife was always there for each of their five children. Eugenia, a loving and dedicated woman, cared for her own children and opened up her home and heart to others. The family resided in Philadelphia, Pennsylvania and all the children attended school there.

Eugenia was the first in her family to receive a high school diploma and later in her life (in her 50's) attended Temple University. Warren had to leave middle school to help with family finances when his father died.

Warren Wilson Jr., a large, strong man, was loved by all because of his compassion and gentleness. He served in the Viet Nam War. One Easter, he made all his children's easter outfits.

Eugene was involved and well known in Philadelphia politics, following after his father. He was able to lead, and bring groups together to reach a common goal.